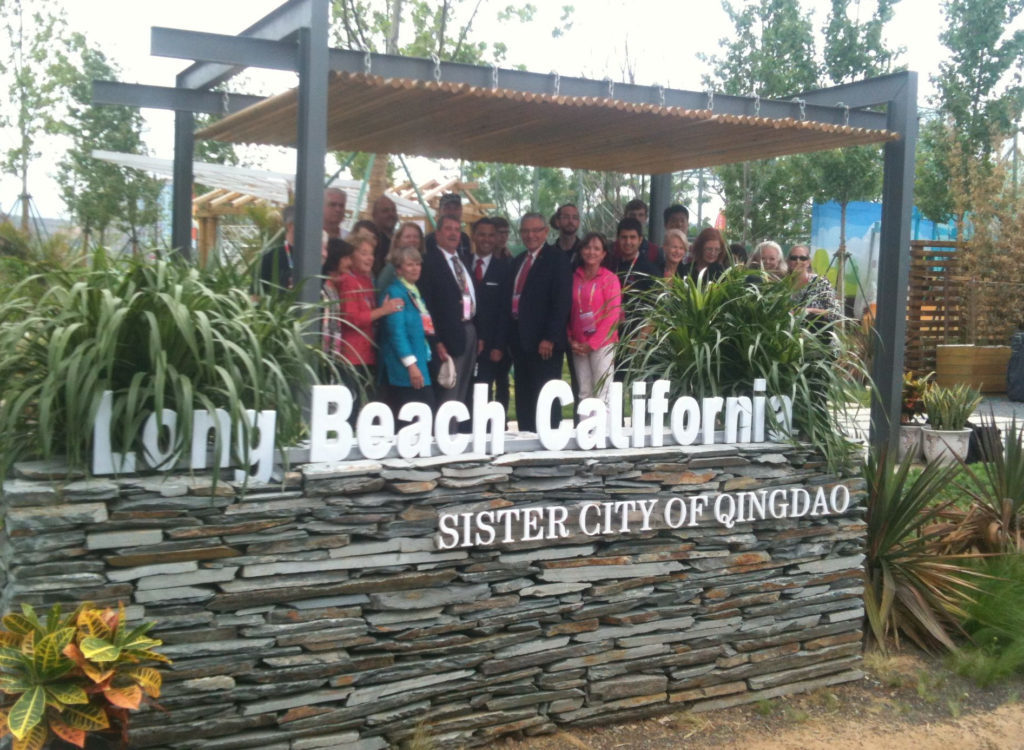 As the birthplace of Taoism, Qingdao had a long history, but it was still a sleepy fishing village until 1897, when Germany occupied Qingdao by force. When the First World War broke out in 1914, Japanese invaders took over in Qingdao and continued an off-and-on colonial rule, culminating in return to the Chinese government in 1949. Ever since, it has enjoyed its seaside status as one of China’s prominent ports and cultural centers. The Long Beach-Qingdao Association was formed in the early days of China’s modernization and “opening door” policies, which created much interest in Western ideas, technologies, and investment. In our early days, the LBQA sent books in English for local schools and even an ambulance. Today, the exchanges are more business-focused or culturally dominant. Qingdao is home to the world’s largest TV-film production studio, the GE-Haier Appliance conglomerate, and Hi-Sense, one of China’s pre-eminent technology firms. These are among a few of its many sophisticated attractions. The LBQA hopes to foster more exchanges between Long Beach and Qingdao, particularly among youth who will become the next generation of “citizen Ambassadors.”

The mission of the Long Beach-Qingdao Association is to promote understanding between Long Beach, California, in the United States of America, and Qingdao, Shandong Province, in the People’s Republic of China, by pledging to assist exchange and trade between the people of the two great cities. The mission is accomplished by sponsoring cultural and educational trips and trade missions, by funding students who want to learn more about the other country, and by holding events which highlight the relationship and foster good will. At all times the Association strives to promote the highest ideals of friendship, tolerance and human understanding in light of the cultural differences and rich heritages of both countries. We accomplish our mission through monthly meetings, two annual events–our Annual Luncheon in the Fall with prominent business/economic speakers, and our Chinese New Year Dinner for families in early Spring. We also sponsor trips to Qingdao occasionally and host delegations, student groups, etc., from Qingdao. New members are welcome (email [email protected])

An important coastal city in the east of China, Qingdao is a key economic center and open coastal city in China. It is famous for its cultural heritage and eye-catching scenery for tourists. Qingdao is one of China’s main ports for foreign trade. Qingdao serves as an important base for ocean research in China.Qingdao is located at the southern tip of the Shandong Peninsula. A unique blend of sea and mountains and a pleasant climate make Qingdao extraordinary. The population is approximately 9,000,000 in 2016. Its tropical summer has made Qingdao a popular tourist destination for generations, while its generous rainfall makes it green throughout the year. The generous bounty of seafood, prepared in typical “Qingdao style,” is one of its major attractions.